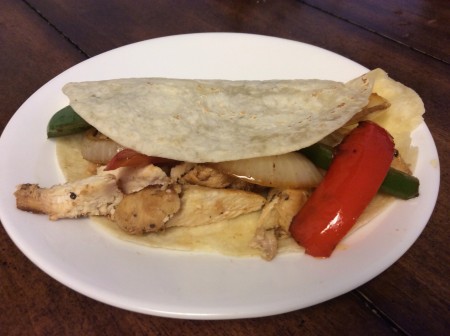 I love the bright and fresh citrus that we get in the wintertime from Bountiful Baskets but sometimes my counter fills up faster than I get them used. I was inspired to use the citrus to make a flavorful marinade for the fajitas on my meal plan for this week.  The resulting chicken is moist and flavorful and it comes together super easily.