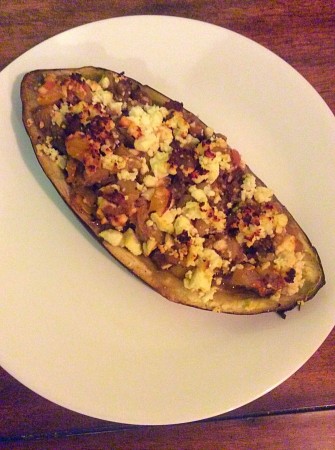 My biggest child (i.e. the grown man child) is always my pickiest eater.  There are so many things that he doesn’t like, thinks he doesn’t like or thinks it sounds like something he might not like.  He has become better over the years but there are many things that he still isn’t willing to eat.  I am always conjuring ideas to use everything in my basket – even the things we don’t like.  We have been contributing to Bountiful Baskets since 2011 so there have been a lot of experiments, some failures and a lot of successes.

One of the things that he insists that he hates is eggplant.  I started sneaking it into pasta sauces or hiding it in other ways.  This is my most brazen use of it yet.  I was really going out on a limb and hoping that he would eat it up.  I literally watched his first bite to catch his reaction…. but there was nothing.  Then, he took another bite and another and another.  He ate it all!  Score! 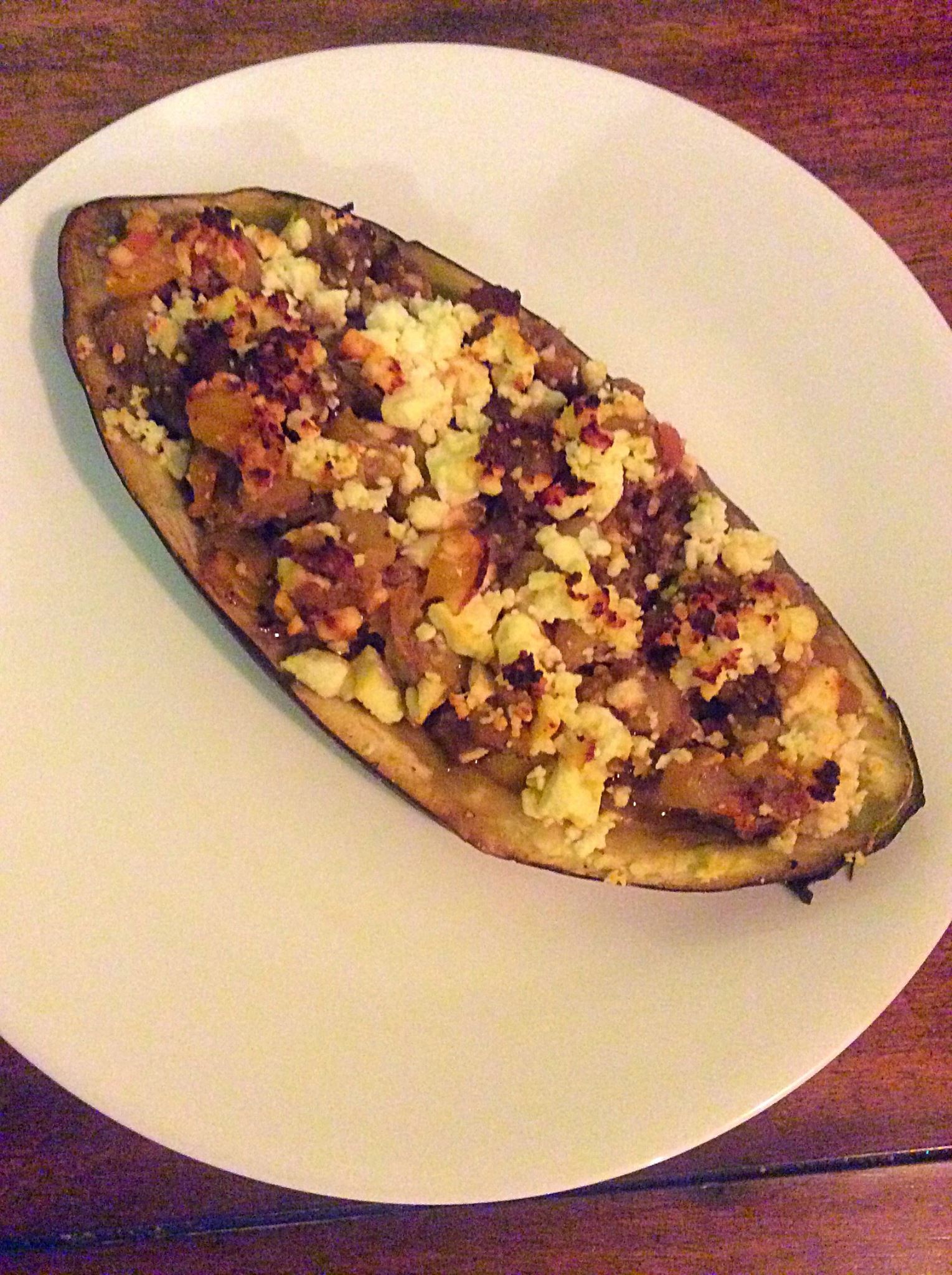