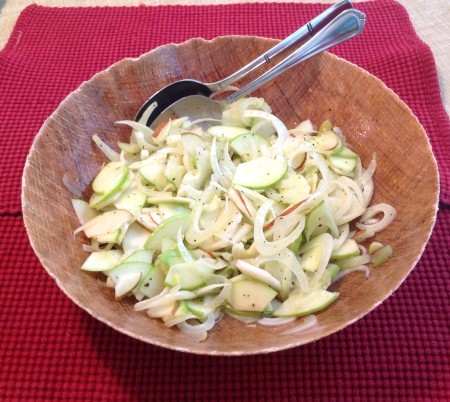 This week we received fennel, red pears and apples in our baskets. I decided to try a more autumnal version of fresh fennel slaw by making an apple cider vinaigrette to dress it. It came together rather quickly and only needed to rest for 30 minutes for the flavors to meld. I would imagine this would be a wonderful side dish to roasted pork loin, pork chop or to top a pulled pork sandwich. 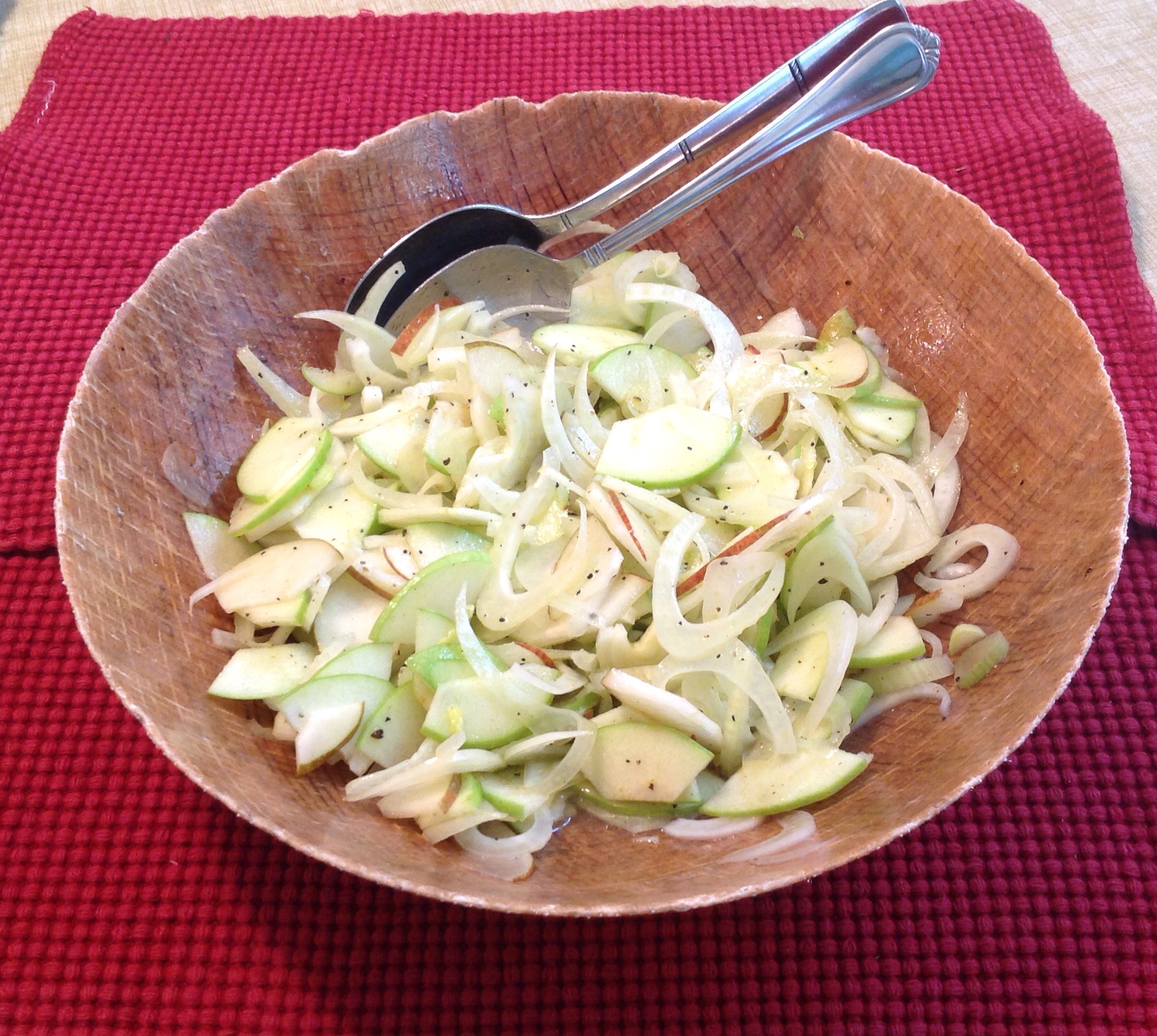 For the Slaw
For the Vinaigrette