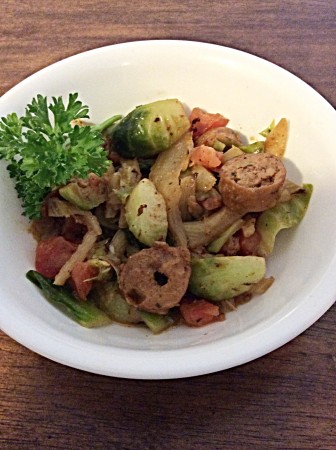 While stalking the Bountiful Baskets Facebook page this weekend, I noticed we have some clear lines drawn when it comes to fennel:

1) People who like it and are armed with scrumptious recipe ideas
2) People who weren’t familiar at all with it (what is this leafy, green, dill-looking, celery looking thing?)
3) People who gave their fennel away because they don’t like black licorice

The good news is you don’t have to be number three. Just because you (like me) don’t like black licorice doesn’t mean you won’t like fennel. I adore it and once it is cooked, it doesn’t have a hint of black licorice or I’d give it away at pickup. This recipe is so comforting and cooks up in one pan. I think you’ll find this recipe is a delicious way to move yourself up to number one.