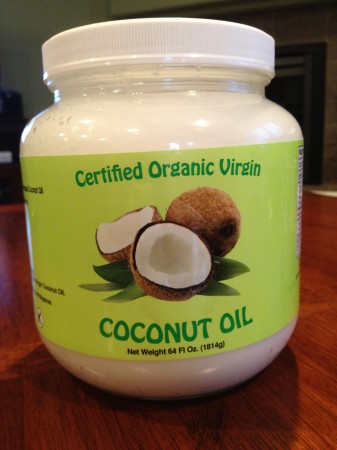 The last two months have brought about great changes in my kitchen. We have recently discovered that many of my 7-year-old’s chronic pain issues are due to numerous, severe allergies- both food and environmental. I was already committed to having a “non-processed” pantry and she was already gluten-free so I thought I had the home-cooking lifestyle down pat. But the discovery of allergies to all grains, many fruits and vegetables, and to other basics including olive oil and raw local honey, really set my mind whirling. So much of what I thought was healthy was in fact hurting her. Though I was truly grateful to finally get some answers for my girl I felt depressed, overwhelmed, and totally ill equipped for the task at hand. But, being a somewhat plucky, hard-to-keep-down kind of gal, I quickly got over my pity party and did the best thing I could do. I started to research and started to get into the kitchen and experiment.

One of the things that was important for me to find right away was a casein-free, non-animal fat that would be friendly to her system and that would have the structure to work well in baked goods, in cooked meals, and on occasion for deep frying. I also wanted something that would be healthy and not create inflammation in her gut which so desperately needs to heal. I was surprised when my research continued to point me towards coconut oil. There’s a lot of hype about coconut oil right now, and I am a somewhat skeptical person (and we won’t even talk about the skepticism emanating from my scientist husband). So here is some of what I deem the most reliable information. Please research for yourself to find what works for you.

NOT your mama’s popcorn oil:

At first, I was very leery of the idea of coconut oil. After all I am certainly old enough (though I will avoid going into too much detail on that fact) to remember the movie theatre popcorn scare of the early ’90’s. Weren’t we told that this highly saturated fat was worse than butter and lard, and had in fact been clogging the arteries of movie-goers for generations? Come to find out, not all coconut oil is created equal. Thomas Brenna, a professor of nutritional science at Cornell University, shed some scientific light on the study that created the popcorn panic. In a March 2011 interview with the New York Times Brenna said, “Most of the studies involving coconut oil were done with partially hydrogenated coconut oil, which researchers used because they needed to raise the cholesterol levels of their rabbits in order to collect certain data”. Brenna went on to say “Virgin coconut oil, which has not been chemically treated, is a different thing in terms of health risk and maybe it isn’t so bad for you after all.” This started to set my mind at ease. It wasn’t a health risk but- did that make it good for us? (Twinkies aren’t a declared “health risk” either but I’m not feeding those to my kids).

The Good, The Bad, and The Balancing Act

So isn’t it true that coconut oil raises LDL (the bad guy) cholesterol levels? The short answer is Yes. But, Marisa Moore, a spokeswoman for the American Dietetic Association reminds us that one number doesn’t determine heart disease risk. Doctors generally worry about patients when the bad guy numbers far outweigh the good. The key is keeping the “LDL” (bad) levels in rational balance to the “HDL” (good) cholesterol levels. This is where coconut oil steps in. Moore says “The main saturated fat in virgin coconut oil is lauric acid, a medium chain fatty acid. Lauric acid increases levels of both good HDL, and bad LDL in the blood, and helps to keep the overall ratio of the two in check.” Huffington post offers a more detailed explanation here.
http://www.huffingtonpost.com/dr-mercola/coconut-oil-benefits_b_821453.html

No, we really can’t just call it oil because each of these words describe a totally different product. Reputable organizations including the Mayo Clinic have issued warnings to avoid any coconut oils labeled “hydrogenated” due to its cholesterol raising trans-fat levels. Organic describes the growing methods for the coconut itself. And terms like raw, expeller pressed, and refined have to do with the processing methods of the oil. I could sit here all night explaining it to you-OR- I could just find a good blog that has done the work for me and give you the link (it’s getting late- here, you go) http://kellythekitchenkop.com/2009/02/raw-virgin-unrefined-organic-expeller-pressed-coconut-oil-which-is-best.html

Treatment from the Tropics

So now that we know what to call it, what does it do for us? Here are just a few of the many healthy benefits people have experienced because of an increase in lauric acid from the regular use of coconut oil.
• Improved Heart Health
• Boosted Thyroid
• Increased Metabolism
• Strengthened Immune System
• Smoother, Younger-Looking Skin both from ingestion and topical application
• Thicker, Shinier Hair both from ingestion and topical application
• Reduced Inflammation in the gut, muscles, and joints

For Your Furry Friends: (Thanks to fellow BB Blogger Tina W. for contributing this info)

Yes- according to many pet owners, the benefits of coconut oil can be passed on to the canine in your life. Dogs can enjoy the same health benefits listed above and enjoy these other perks:
• Use as topical relief for crusty noses and pads
• Add to food to help with skin issues and make coats shiny
• Use as a doggy toothpaste
• Include in this yummy recipe for homemade dog treats!

After my research was done the fun part began. I was pretty sure coconut oil was going to work for my daughter, but how would it taste? And would it be versatile enough to use in lots of different recipes?

When I brought home my first jar of coconut oil it was like holding my first baby. I knew it was a good thing, but it wasn’t quite what I expected, and I wasn’t exactly sure how to care for it. When first purchased, the oil is solid (this is how you know it wasn’t hydrogenated). It will soften and melt at temperatures around 75 degrees. Before the first use, I put my jar into a bowl of warm water and let it sit until it was completely liquefied. My house is warm enough that it never went back to its solid state. If you are keeping it in a cooler area it might harden up again. If this happens just put it back into that warm water and let it soften up again. Good quality coconut oil has a very long shelf life. You will know it is still good by its smell and color. It should smell fresh and look clear as a liquid and white as a solid. If it smells rancid or looks brown and very cloudy, it is time to replace your supply.

As I began working with the oil I learned that quality, virgin coconut oil has a nutty sweetness with a hint of vanilla. In most recipes it is not overpowering but adds an unexpected twist that most people have seemed to enjoy. It is milder and sweeter than butter but does not leave the heavy feeling that I often associate with animal fats. It’s flavor and processing give it more versatility than olive oil. It can withstand high temperatures without burning, and does not get a bitter flavor when mixed with dark greens- in fact it is a beautiful accompaniment.

I will admit that some of the recipes in which I used coconut oil were not a success. When used in savory dishes such as Italian, tomato-based pasta sauces or Southwestern meals the sweetness of the coconut stood out and, well, let’s just say hubby walked away from the dinner table looking for more- but not more of what I had originally served. (I kind of knew those would not be a hit but had to try- in the name of culinary science) I have not yet had success using coconut oil in place of solid butter in baked goods but I know that others have, so I have not yet given up on that attempt.

I have found that I love coconut oil in main dishes that are designed to have a hint of sweetness such as my Sweet Pepper Stir Fry and a family favorite Coconut Curried Vegetables. I have used it in several grain-free baked good recipes including Banana Walnut Bread, and have been pleased with the results. I have also started using it to replace melted butter in some of my favorite desserts. Gluten-free donuts cooked in coconut oil were a successful (albeit costly) treat, and I would imagine that breaded chicken or coconut crusted shrimp cooked in the oil would be equally delicious.

There are several other recipes I want to attempt. I am particularly intrigued by the homemade chocolate ice cream topping from Thomas Keller. Supposedly it works just like my guilty pleasure “Magic Shell” (I know, it’s sick but I love that stuff). Although I haven’t tried it yet, it sounds so fabulous I decided to include the recipe published in the New York Times.

This is such a healthful, versatile ingredient that it has become one of my new favorites. I have had a lot of fun seeing which recipes will handle a “coconut makeover”. I hope that you will try some of my concoctions and experiment with your own; then come back and share your favorite ways of incorporating coconut oil into your meals. Happy Cooking! 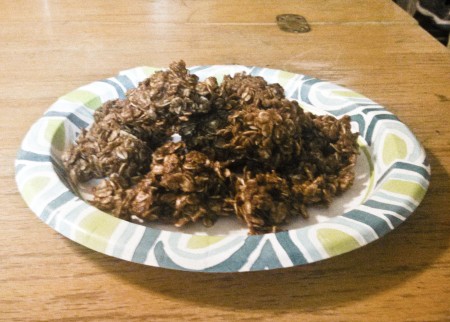