Can you name one vegetable that can be used in lasagna, banana bread, oatmeal, rice, potatoes, mac n cheese, icing, cake, pizza crust, “tater” tots (cauli-tots?), in curries, Alfredo sauce and more and never (or hardly) be noticed? Is there such a vegetable?

I’ll give you a hint– it was in last weeks’ and this week’s basket.

And it can be crunchy, soft, or creamy.

It is also a nutritional powerhouse, being a low-fat, low-carb, high-fiber vegetable with Protein, Thiamin, Riboflavin, Niacin, Magnesium and Phosphorus, and a very good source of Dietary Fiber, Vitamin C, Vitamin K, Vitamin B6, Folate, Pantothenic Acid, Potassium and Manganese, to just start!

If you haven’t guessed it, this vegetable is CAULIFLOWER. 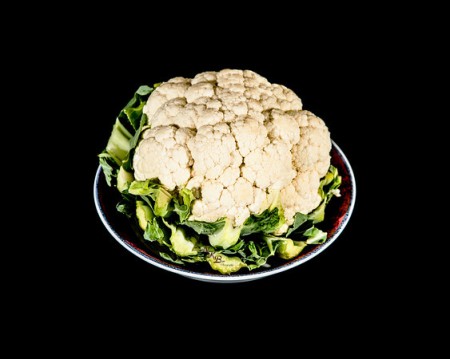 The best, most nutritious way to eat cauliflower is to eat it raw. However, roasting, steaming, baking, sauteing, boiling, pureeing, etc., are all great ways to eat it as well.

Sadly, if your family is anything like mine, it also belongs in what sometimes feels like is a huge food group: THE SNUBBED. Sometimes it feels like this list is incredibly long when it comes to vegetables. Since participating in Bountiful Baskets, the list has shrunk somewhat, it is still a work in progress. And since we don’t pick and choose what comes in our baskets, and I hate to waste food, sometimes desperation kicks in. Thankfully, while my husband is never a fan of me trying to sneak in veggies, as long as the food tastes good, my kids don’t seem to care one whit. So I keep trying.

Since my family has been getting 2-3 baskets every week now in an effort to cut down on meat and eliminate processed foods, we’ve had a LOT of cauliflower the past couple of weeks. I have had to become creative. I thought I might share some recipes with you for your cauliflower, both hidden and not, to help you eat and get through your basket! I have actually tried most of these recipes, and will give my opinions as I have them 🙂 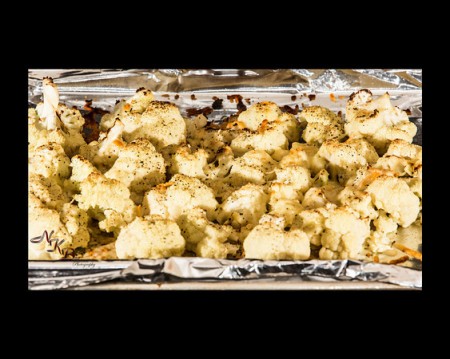 Roasted Cauliflower
THIS has become my new favorite way to eat cauliflower! If you have never tried roasted cauliflower, it is truly AMAZING. Add the garlic and the Parmesan cheese, and it’s to die for! I seriously could probably eat a whole head of cauliflower by myself, in one sitting, prepared this way. And, if I were to add crushed red pepper to the recipe, it’d be EVEN BETTER.

I will come straight out and say it. My family is not really big on mashed potatoes. This recipe wouldn’t work for mine. However, many people, including my mother, swear by it! So, try it! You may like it!

*One way I might use this successfully is to use it to thicken potato soups or other cream soups.

I had this listed in my vegetarian recipe round-up last week and tried it with my kids. As a word of caution, the recipe makes A LOT. I would probably be safe halving it, and still have left-overs. The first meal we had this, I served it with steamed broccoli, diced tomatoes, and some fresh basil. I did not make the crumb topping. I thought it was delicious. The sauce was creamy and smooth. My kids loved it as well (the first time). My husband, who is a cauliflower hater to the core, tried one bite. He said it still tasted like cauliflower and refused it.

Braised Cauliflower with Curry and Yogurt

From the description in the recipe, “Sautéing the cauliflower before braising intensifies its naturally mild, sweet flavor. Yogurt is the braising medium here. It mellows the flavors of the curry and makes the cauliflower especially rich-tasting” This sounds delicious, doesn’t it?

Braised Cauliflower with Curry and Yogurt from Epicurious

I don’t have a favorite recipe for Lasagna– I almost always wing it, starting with my sauce. It really is how I roll. I just use what I have on hand. When my friend Karin J. suggested using cauliflower as a substitute for ricotta cheese, I was intrigued. I wondered if it would float. I wasn’t ready (nor am I still) to delve into 100% cauliflower for ricotta, but 50/50? It was great. And with enough garlic (and we always use more than enough! Too much!) you can’t even tell.

Here are her directions!

I haven’t tried this one yet, but it’s on my list for this week, to be mixed half-and-half with brown rice in a rice pilaf. I think this shows a lot of promise, especially since my kids love rice. Should be interesting!

I will be honest. I tried these. And I was not impressed. In fact, they were pretty gross. BUT, I did not follow the recipe, either, so the issues are probably of my own making: I steamed my cauliflower with a little water. And then pureed it. And then tried to squeeze the water out of it. Rather unsuccessfully. Oh, and I coated them with bread crumbs and then baked them, since I have this thing against frying. It was mushy, and the seasonings were really bland. My theory is that if you were to rice the cauliflower instead, (see above), you might have a better result. Oh, and up the ante on some of the seasonings. And maybe fry them 😉

I have some friends who have, out of necessity, been gluten free. And they swear by this! My kids have been begging for Pizza this week, so once my cauliflower-hating husband leaves on Saturday for a business trip, it is on the menu. I am slightly hesitant because of my cauliflower-tots experience, but I’ve learned a thing or two from that experience, and am a little more confident in my ability to season and prepare it.

With all of the cream and cheese and mustard, this sounds delicious!

Cauliflower Macaroni and Cheese from the Food Network

Yes, you read it right. Cauliflower in banana bread. I will admit it, I was skeptical. Perhaps even a little grossed out at the idea. But with three heads of cauliflower to attempt to consume in one week, I was willing to try anything! The bread came out a little dense, even after cooking for almost an hour for a small loaf, but my kids still had absolutely no problem devouring it. I did also add some frozen blueberries right before baking, which added another fun element for my children. I could not taste the cauliflower, and the bread, aside from being super dense, was actually quite tasty. It only uses 1/2 cup of cauliflower puree, so it’s not a TON of cauliflower, but every little bit counts!

The cauliflower wasn’t bad in the banana bread. I’d think it was a pretty safe recipe 🙂

and with that, let’s add

I am getting more convinced to buy the “Deceptively Delicious” cookbook, because Jessica Seinfeld’s recipes are genius! Here’s another one!

I suppose what I am trying to say is that cauliflower is rather versatile! What I have listed is only a few of hundreds of ways of preparing it, I am sure! And once thing is certain. If not next week, cauliflower will make its rounds again in our baskets. And when it does, I’ll be ready!

p.s. If you try any of these recipes and have comments or suggestions, let me know!

Read More about Cauliflower and its health benefits!
http://nutritiondata.self.com/facts/vegetables-and-vegetable-products/2390/2#ixzz24NddypzA