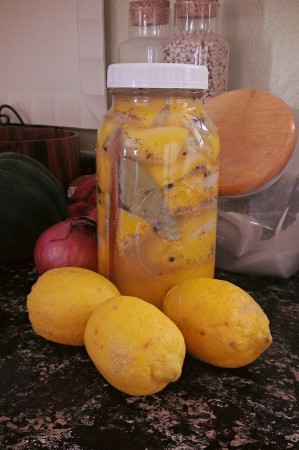 Preserved lemons is something I’ve been wanting to do for a while. It’s a staple in Moroccan cuisine, and, really, it just appeals to me. I’ve added some ideas for how to use them once you’ve made them at the end of this post.

What are preserved lemons, anyway? They’re basically lemons preserved in salt and their own juice. You can add flavor by adding herbs and spices.  I used fennel seed, celery seed, cinnamon, and bay leaves.

This is one of those figure it out as you go recipes, based on how many lemons you want to do.

Here are some recipe ideas to use your preserved lemons:
BBC
The Kitchn
Serious Eats
Eating from the Ground Up