-Place strips on pie with 1/2 inch in between each strip. 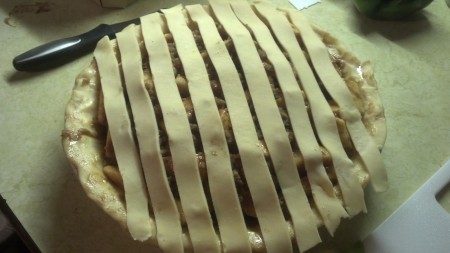 -Pull every other strip back half the way (horizontal). 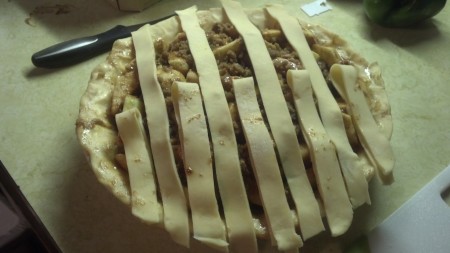 -Place long strip in the middle perpendicular to the other strips (vertical).

-Unfold the strips you had previously folded half back (horizontal). 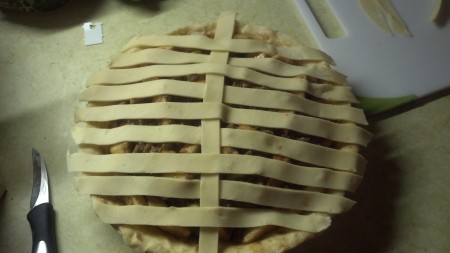 -Now fold the opposite strips (horizontal) back half ways and add another strip perpendicular (vertical) to the other strips, then fold the strips back. 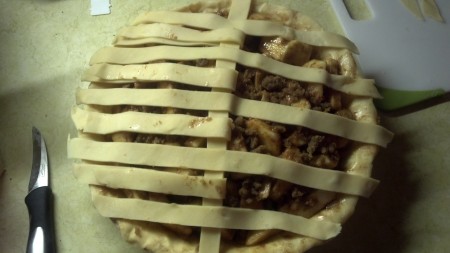 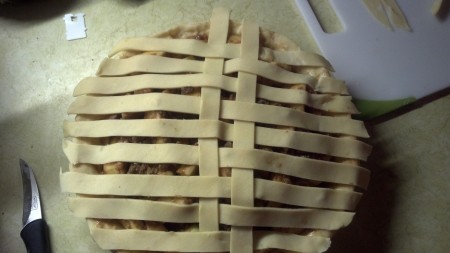 -Continue on until you reach the end of the pie. Then do the same for the other half.

-Cut off extra hanging over. Fold over the under crust from the bottom crust and pinch them together to make a tight topping. 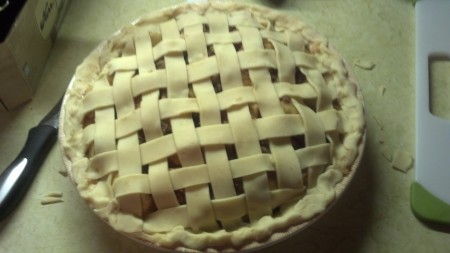 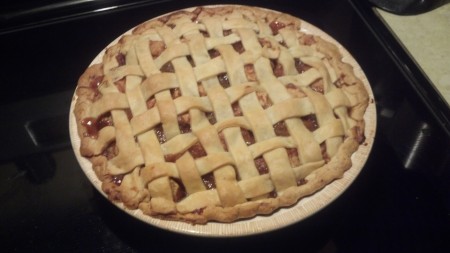