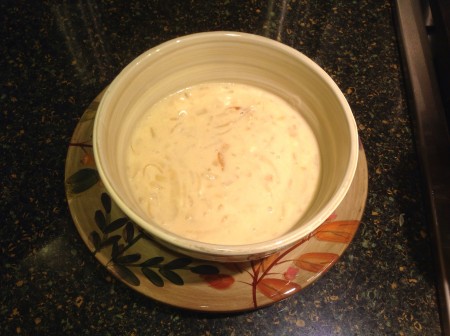 This soup has been haunting me for just over 25 years. I first had it when I was working night shifts at a large hospital in the Midwest. How often can you say you look forward to hospital food? It has taken me a few years but I have finally duplicated it! Its nutty, sweet, tangy and just a bit of heat at the finish. I hope that you enjoy it as much as I do! 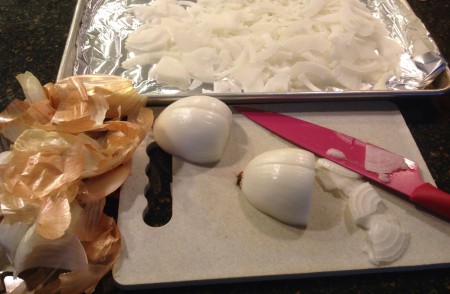 This soup starts like a French onion soup, lots of onions. Cut the onion in half for root end to top. Cut off the top and peel. Now cut it in half again and thinly slice. Repeat with the other half. (save those onion skins for stock!) 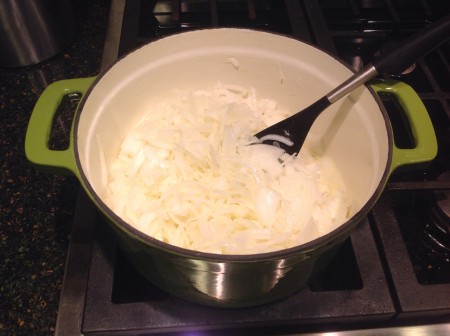 In a Dutch oven add olive oil and butter. When it’s melted turn down heat to low and add the onions. Stir to coat them all with oil and butter. They need to cook and start to caramelize, this is a slow process. It will take about 15-20 minutes. Stir occasionally to prevent burning. 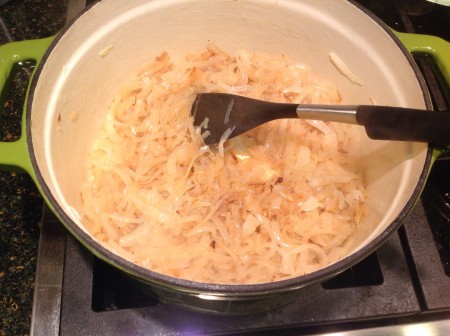 Gather your ingredients as the next part moves pretty fast. 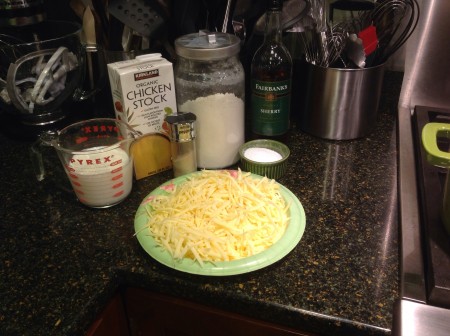 Now add the flour and stir, allow this to cook on low for a couple minutes. 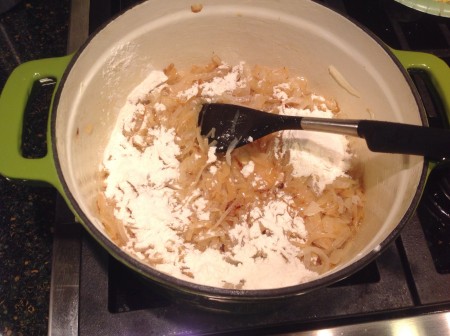 Once the flour has cooked we will begin whisking in the 4 Tbsp. Sherry, (this is optional) now whisk in the chicken stock (vegetable stock can be substituted). The mixture will be thick, just keep whisking in the stock. 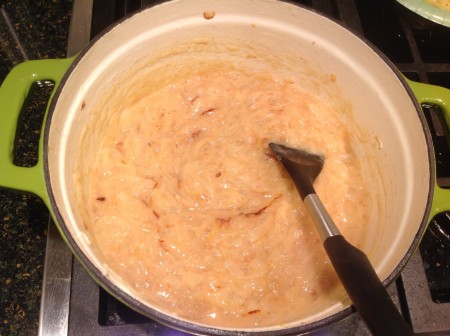 Now whisk in the milk or cream and season with salt and pepper. 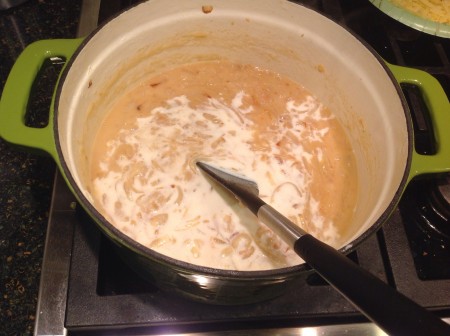 Add the shredded Swiss cheese and stir until melted. 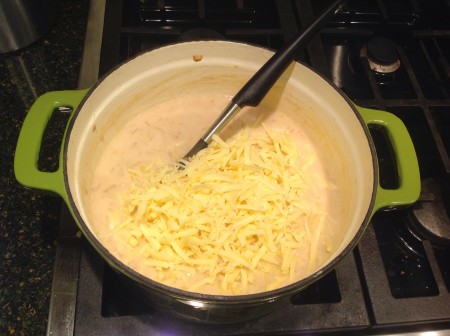 Stir in the Dijon mustard and cayenne pepper (optional)
Allow to simmer a few minutes, taste and re season as need. 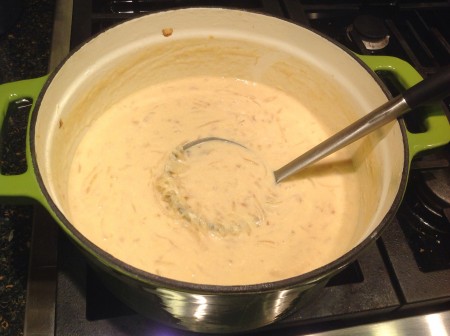 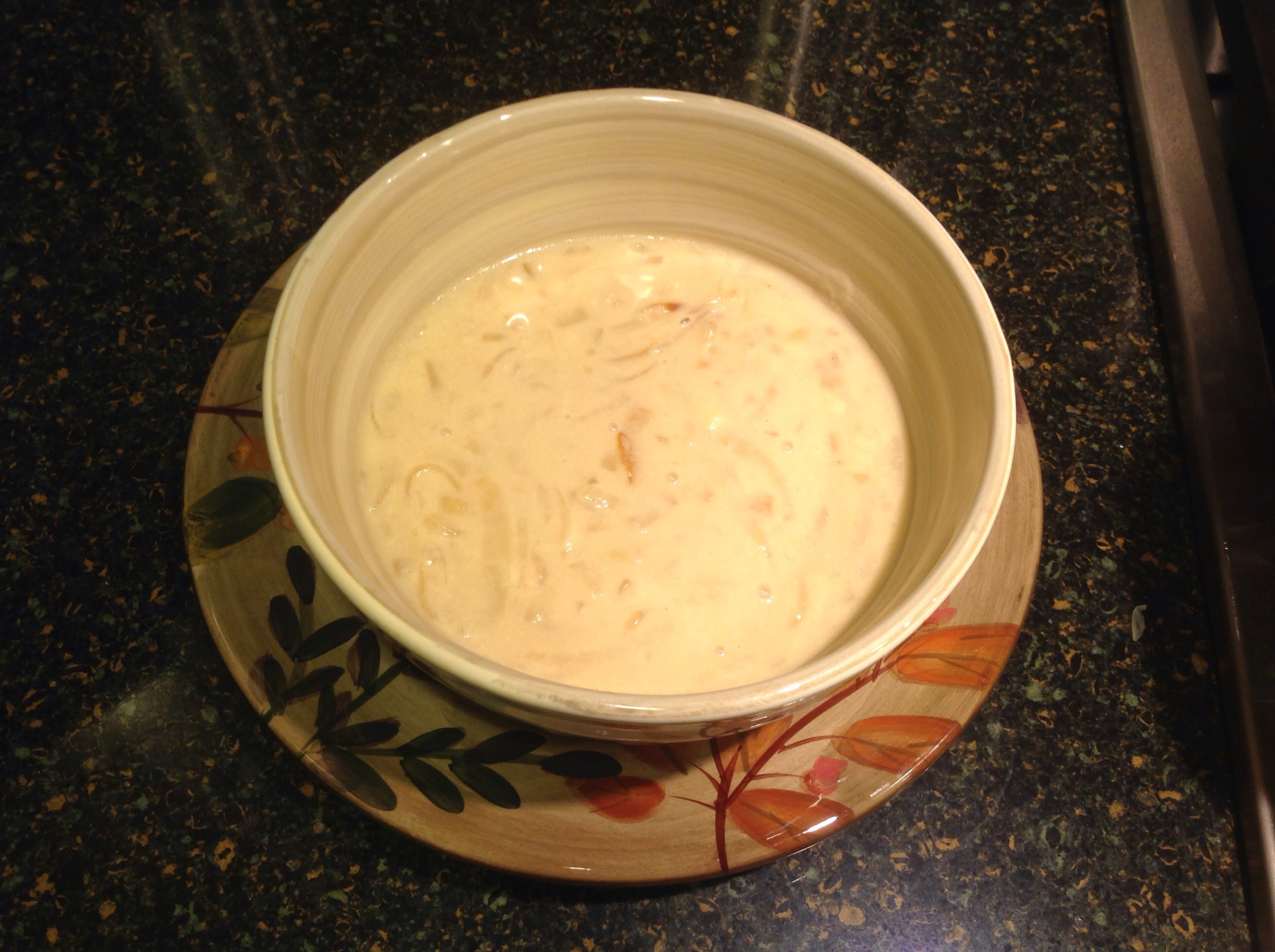