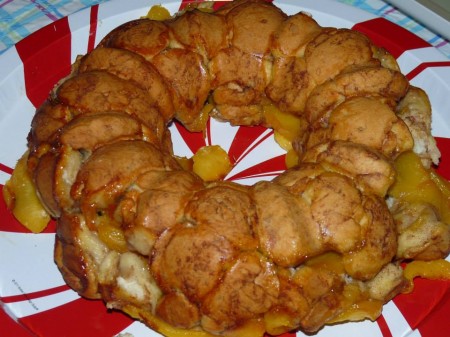 Growing up in Arkansas, my Granddad always brought a few 5-gallon buckets of peaches home for my Granny during the summer.  I could never get enough of them then, and I can’t get enough of them now!  In fact, I think I could eat enough peaches to make myself sick on a daily basis.

While goofing around on Facebook one night I came across a post a friend shared from the Pillsbury Facebook group.  It was for a version on Monkey Bread (we always called it Plunk-it Bread back home) using peaches.  It immediately struck my interest, so my daughter and I quickly whipped it up and test drove it.  After following their idea for the dessert we decided we needed to give it our own tweak here and there in order to make it out of this world.

After a week or so of us kicking around ideas I was hit with the idea of using cinnamon rolls instead of regular biscuits in the recipe, so I grabbed a plain can of refrigerated cinnamon rolls that came with cream cheese icing. It’s supposed to be Peaches ‘N Cream flavored, right?! 😉  The recipe also called for the dough balls to be filled with a bit of cream cheese before being out into the bundt pan.  After making this recipe twice, I really can not tell any major flavor difference if it was left out. So if you want to cut those calories, go ahead and leave that step out! 🙂

Here is what my daughter and I finally came up with, and I hope you enjoy it as much as we did! 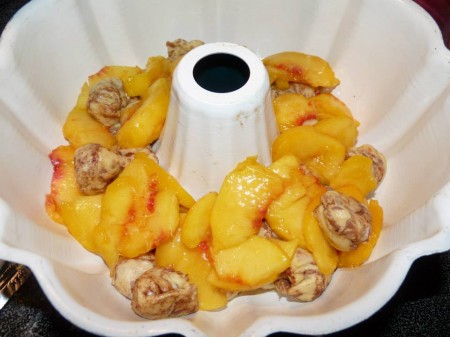 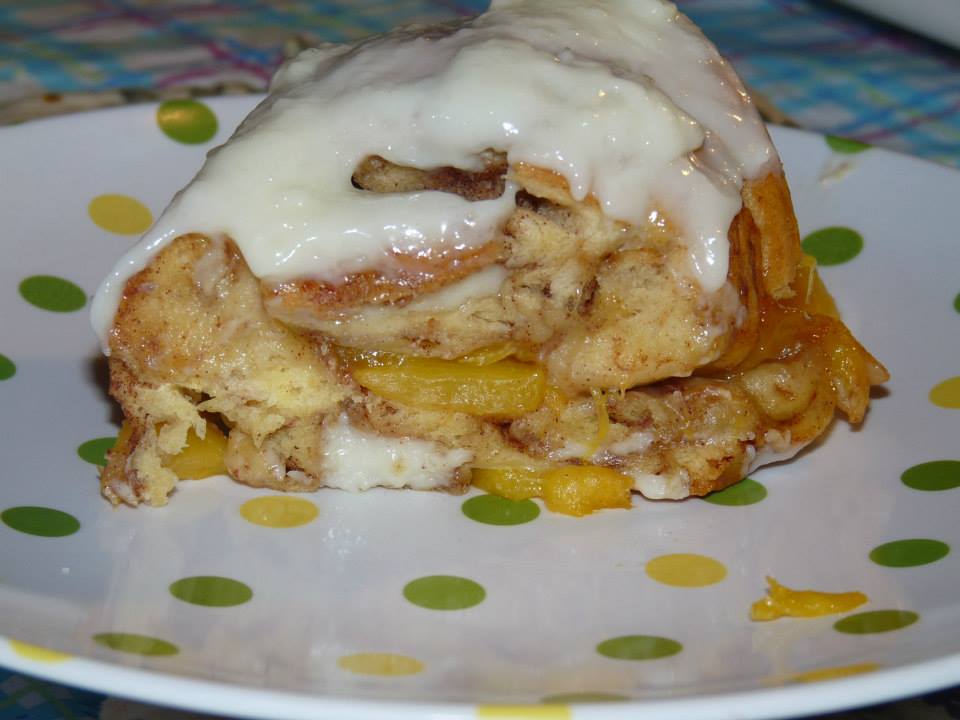 There was a little of this leftover for the next night, and it re-heated easily in the microwave!