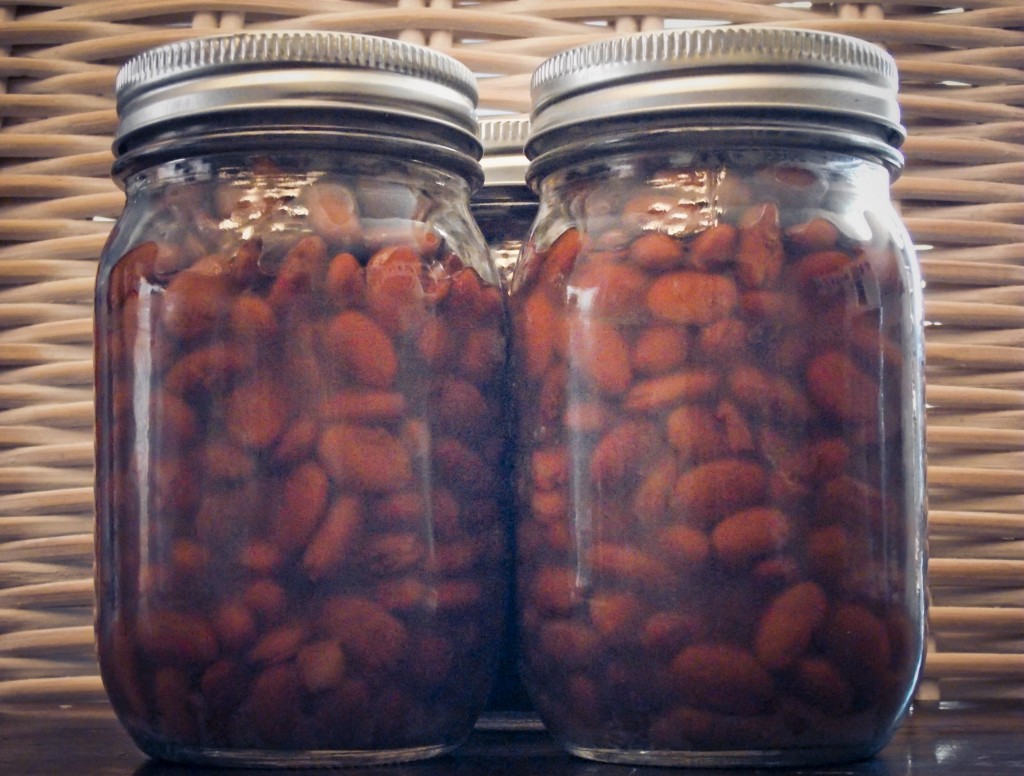 To most people these may look like simple jars of home-canned pinto beans, but to me these beans are much more.  These jars celebrate an anniversary of sorts.  More importantly they are a symbol of my own courage and strength; and a reminder of  important lessons learned.  Too much for a pint of pintos to carry?  You may feel differently when you hear the whole story.
END_OF_DOCUMENT_TOKEN_TO_BE_REPLACED

That’s a lot to eat at one sitting. Looking for ways to preserve this wonderful sweet corn for when it’s out of season? Freezing it, on and off the cob, is an easy way to save the harvest.

Corn, and most fruits and vegetables, has enzymes that destroy the nutritional value and change the flavor of the kernels in your freezer. If you plan on eating your frozen corn within two months this is not too much of a problem, but I find that unblanched corn tends to get mushy when cooked. Blanching, which is simply plunging your corn into boiling water for a bit, is an easy way to destroy the enzymes that may turn your sweet corn into starchy corn.
END_OF_DOCUMENT_TOKEN_TO_BE_REPLACED

I have been participating in Bountiful Baskets for almost three years now. For my family it is not just a way to get our produce; it has become a lifestyle. We are more educated, healthier, and have more opportunities to serve because of this program. I have noticed that even my cabinets have made some changes. Processed, metal cans have been replaced by self-filled glass jars. A filled-to-the-brim fruit basket take the place of plastic-wrapped snacks. And the pantry now stays stocked with my arsenal of ingredients essential to successful BB cookery. That is probably one of the most valuable lessons I have learned. With a full spice cabinet and some fresh BB ingredients, I can whip up a quick meal the whole family can enjoy. Here are a few of my kitchen essentials:
END_OF_DOCUMENT_TOKEN_TO_BE_REPLACED

Often it’s small changes made one at a time that add up to a lifestyle shift!  It’s less painful and is more likely to be something you continue with over the long haul too.

Here are some ideas from our Facebook page that are great baby steps!
END_OF_DOCUMENT_TOKEN_TO_BE_REPLACED

Reasons to be a BB participant:

END_OF_DOCUMENT_TOKEN_TO_BE_REPLACED

I am thrilled that Jeanne Gibbons, who participates with Bountiful Baskets in Arizona, is willing to share her experience with us when it comes to food, and especially, canning. Jeanne is a fount of knowledge when it comes to food preservation, which she often shares on our Facebook page. Without further ado: 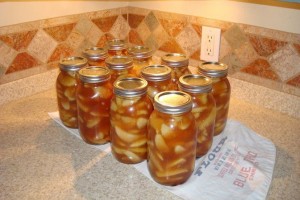 END_OF_DOCUMENT_TOKEN_TO_BE_REPLACED

Thanks Lisa J. for posting this on the Facebook page!
A new easy tip to cook corn (save the beautiful red coloring) it works on all corn, takes the hair and husk right off.
1. Put whole ear of corn into micro. for 2 – 4 minutes with the husk still on. 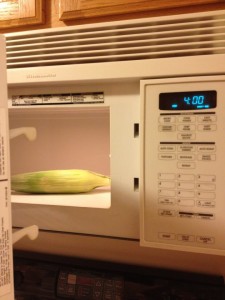 END_OF_DOCUMENT_TOKEN_TO_BE_REPLACED

One of the saddest phone calls I get as an area coordinator is from a VSC reporting that someone hasn’t picked up their produce within the pickup window.  Our awesome VSCs make every effort to call and try and reach participants to ensure they receive what they contributed for, but sometimes things happen.  Per the co-op policies unclaimed produce is donated to a local fire station to support the fire fighters there.
END_OF_DOCUMENT_TOKEN_TO_BE_REPLACED

If you look out your window and there is snow covering the ground, or you note that your plants are withering in 115 degree heat we probably are not getting a lot of produce from where you are right now. Does that mean never? No… That means not right now. It’s not harvest season in your neck of the woods right now. So where does Bountiful food come from?