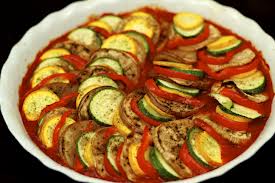 Here’s a fun festive little dish I use when cleaning out my fridge after Bountiful Baskets.  It’s just two of us, so I don’t necessarily go through as much of the food as we should as quickly as we should.  I love how pretty this is sitting on the table…. and even more than that I love how it looks like a rainbow when I take it to work for lunch all chilled and cool the next morning.

Sometimes I like to get creative and toss in all kinds of squash to mix with the zucchini and eggplant, and sometimes I leave the eggplant out all together. 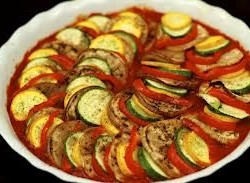